Flying over the Andes, past the craggy cliffs of Southwest Colombia, I arrive in Puerto Asis, cradle of the Quechua civilisation in the northwest region of the Amazon rain forest.  Many a year has gone by since I met the last of the local tribal chiefs - a proud old man seated beneath a tree, strings of beads and feathers around his neck, gazing into eternity.  This is the image inspiring me to set out on this adventure with the unrealistic hope of, perhaps, meeting him once again.

Capuchin missionaries arrived here a century ago, giving out Bibles in exchange for land.  They built an impressive church, brought a population of 70 000 under their control, and eventually killed them off.  When the last tribal chief died two years earlier the Quechua civilisation died with him, leaving no trace.  To my great dismay the current population is clad in the universal uniform: jeans and trainers.

Without a shred of information to go on, fully aware my endeavours might fail, I set off against all odds.  Although everyone is trying to dissuade me, I see a chance and take it.  I sail down the Putumayo River, a huge Amazon tributary, running through the rain forest, irrigating and fertilising millions of square kilometres of plains.  This is where I hope to come into contact with another culture threatened with extinction: the Guaya jungle dwellers of northern Peru.

A carnival of colours unfurls before me: yellow and green, the bright colours of birds and butterflies, the pink of river dolphins.

People warn me of the dangers of sailing down 400km to Peru, but my determination is unshaken.

We gather equipment for a ten-day journey, and finally embark on a flat-bottomed airboat, driven by a huge propeller.  It darts through the water, taking me down the river to my coveted destination.

Aware of the risk of running into nearby guerrillas, I arrange to be accompanied by a team of four experienced travellers.  We navigate our way fearlessly down the river, stopping from time to time in guerrilla zones which respect the river trade.  This part of Columbia is notorious for violence and kidnappings.  It’s strictly forbidden for me to enter this "green hell".  We make it across inconspicuously, dressed as locals, with all our photographic equipment hidden in jute sacks.

I make friends with the captain, Andres, and with his help I manage to question some guerrillas about the local Native people.  Our pilot gets on well with everybody -no matter their nationality, beliefs or outlook- in this region wedged between Peru, Ecuador and Columbia.  Without thinking, I take out my video camera and discreetly begin filming the dangerous guerrillas.  It’s a stupid risk and I promise myself never to do it again.  My goal is to take pictures of certain endangered ethnicities, not mercenaries.  I realise that it may not be the most scientific way of go about things but it's my way: communicate beauty through images.

We share our camp site with mosquitoes, and the next day we sail down a branch of the Putumayo, the Río Negro, whose waters are thick with algae, swirling into strange patterns.  Huge fish swim beneath the surface, a liquid mirror reflecting the surrounding jungle.

After several hours of tortuous navigation, we finally arrive at the last outpost of the Guaya Indians.  The people wear t-shirts that shout "Jesus loves you" or "Long live President C".  I’m sad to think that evangelical missionaries have stamped out this magnificent civilisation at one with nature, in the name of Jesus.

Despite my sorrow, I hand out the trinkets I brought with me.  I’d thrown away the packaging thousands of kilometres ago and now had Guaya children squealing with delight at this unexpected visit from an unlikely Santa Claus.

A Guaya man comes up to me and says, "Let me take you" in a mix of Spanish and his own language.  Without waiting for a response, he climbs aboard our boat.  There are always guides to be found in these far-off places, real-life guardian angels to lead you through unmapped lands.

We get on the boat too and follow our guide's impulses.  He is fascinated by the swiftness of the boat, our hair carelessly blowing in the wind.  He remains entirely silent.  We pick up speed steadily, our captain confidently manoeuvring sharp turns, until we reach the heart of the jungle.  Suddenly, an older Indian dressed in yellow appears in a wooden canoe.  We approach him and try to engage a conversation.  Without a word, he gives me a strange look whose mysteries I only understand once I see the photo I took of him enlarged.  He had no facial hair - no eyebrows, no eyelashes.  I suggest that he pose for me in a makeshift studio in the middle of the jungle - a first for him.  We set a time for the following day, 9:00, in a remote village.  After two failed attempts at sleep in the cool night air, arms flailing in the hopes of exterminating bloodthirsty mosquitoes, we give up and go inside, where we finally manage to fall asleep.

The lack of sleep is made up for early the next morning by the gorgeous sight of dawn breaking over the lush river banks.  Mist slowly lifts its veil to reveal the enormousness of the awesome river and millions of birds and monkeys fill the air with the sounds of life.  Pink river dolphins, babies but still giant, jump in the water.  The mighty yet fragile Amazon awakens.

At 9:00 I find myself in a remote village where the natives live in blissful harmony with nature.  We set up our equipment under a bright sun whose rays are softened by the secret magic of photography.  And here are the portraits of this bold people; they pose naturally and remain forever etched in our hearts. 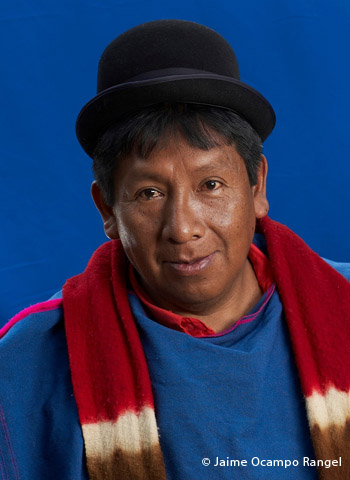 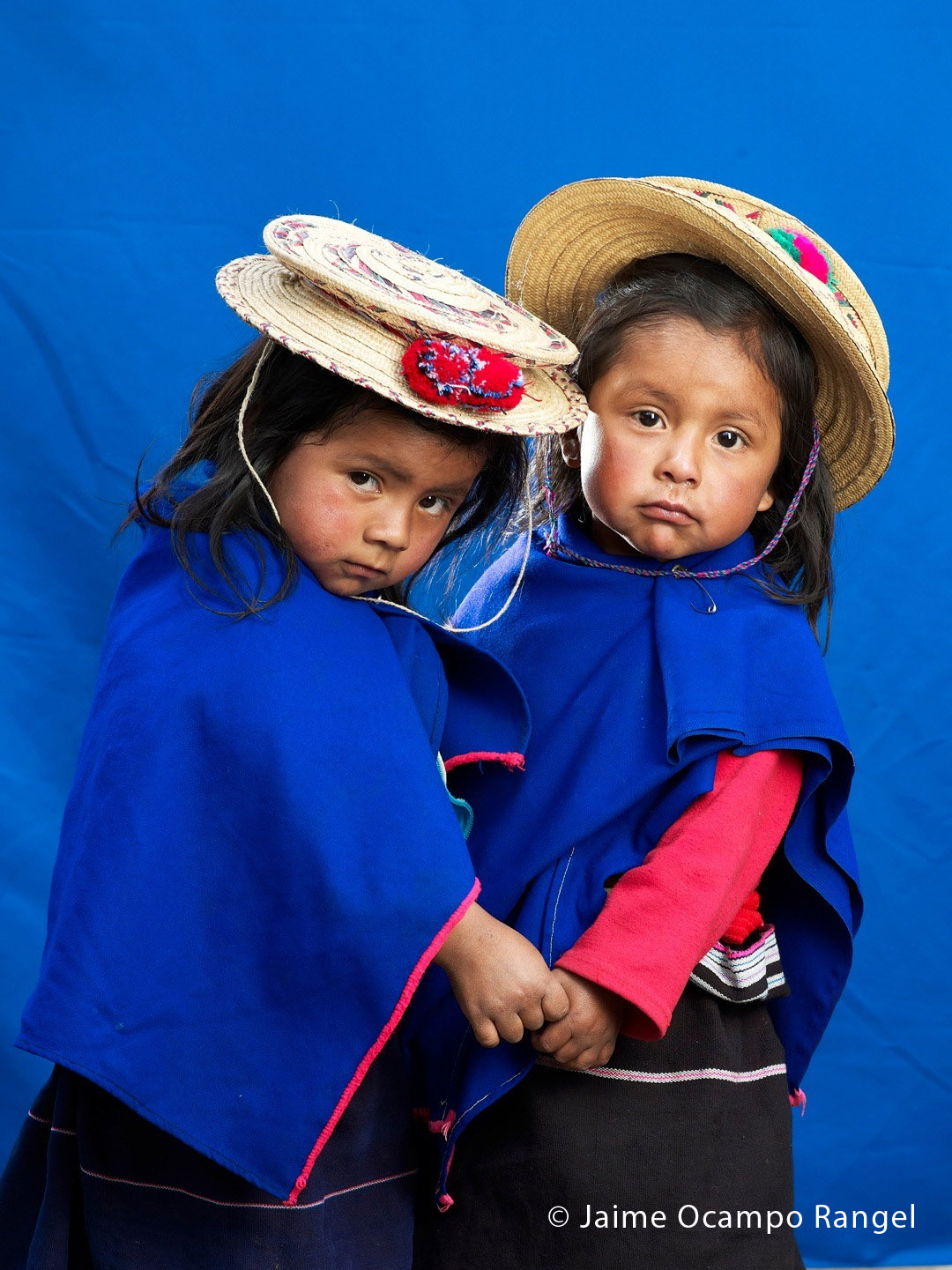