Memory of Colors brings together into one big masterpiece the last authentic tribes, people and ethnic groups of the world and symbolically relates each one of them to a their colors.

In 1999 artist Jaime Ocampo Rangel began this intimate and engaging project after coming into contact with the Kogui people in his native Colombia he had a spiritual and artistic realisation, to create this masterpiece.

The artist has decided to document these ethnic groups threatened by globalisation through the creation of a rainbow that trully represents the human existence.

Each group's unique beauty is revealed through the different colours as they pose on a background that can be the same colour as their skin, their clothing or their spiritual beliefs.

White from the Kogui's clothing in Colombia, ochre from the Himba's skin in Namibia, Wayana's red and so on.

In many civilisations around the world the rainbow symbolically represents a bridge connecting the modern world to the world of the ancient Gods. This people have struggled very hard to keep their traditions and ways of living alive and this is a heritage and a treasure that we all should share with love and respect.

THE POWER OF THE COLOURS

The force of the gaze and the combined colours causes reactions which influence the plastic search.It is these reactions that the photographer seeks to transmit in his portraits : they act like the waves used by television or cellular phones.

The colours also are waves. We do not react in the same way in front of red or purple, blue or yellow.

The colour also produces a complementary effect, destabilizing for those who look at the images. From where the importance of the large size: it fills the visual field, the colour hence takes on all its force.

In addition to the beauty of the faces, their emphasis through the colours with which they are associated makes it possible to transmit a strong message on the programmed disappearance of these fascinating cultures.. It is a fact which cannot leave us indifferent. 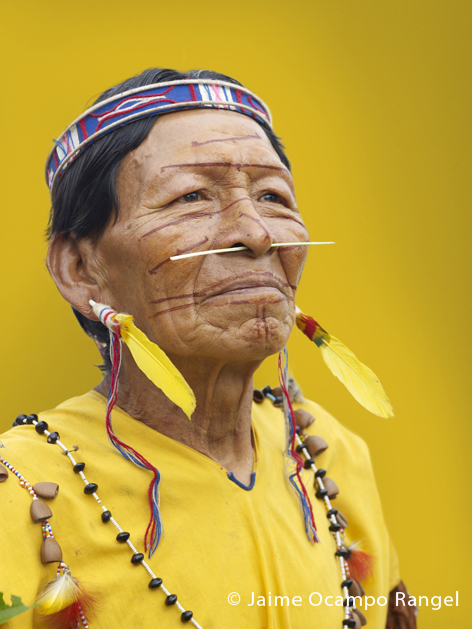 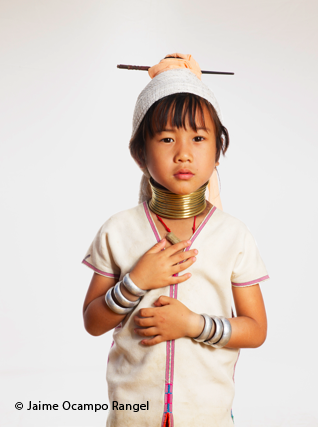